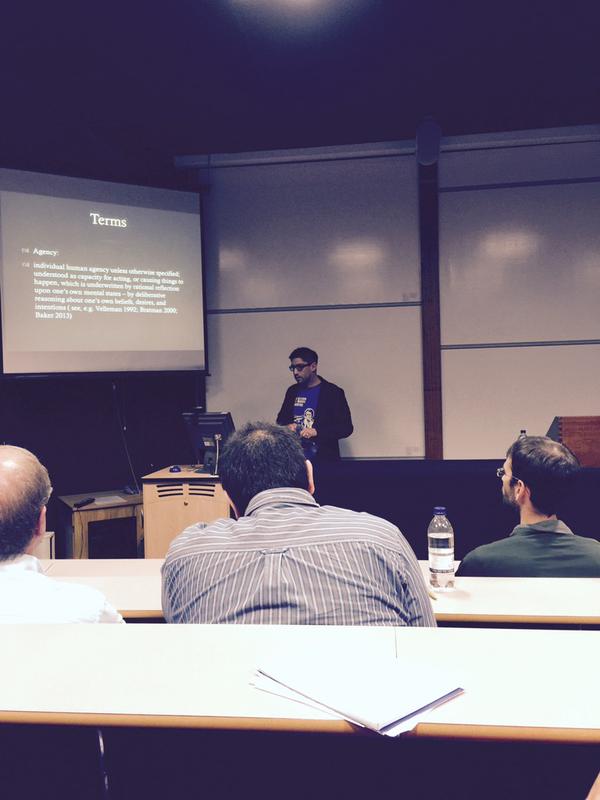 Agency, Authorship and the Appreciation of Television

This paper addresses a puzzle regarding the creation and appreciation of television. Recent scholarship has made it clear that the material production of television is a fundamentally collaborative enterprise. Particularly in the case of serial television drama, an astonishing number of “above the line” workers like writers, producers, and directors and “below the line” workers like cinematographers, art directors, sound designers, and editors contribute to the creation of an overall series. This essentially collaborative nature of television production has led some theorists to conclude that television (and sometimes film) is therefore essentially collectively authored (Caldwell 2008; Gaut 2010). While others have questioned whether such contributors have the proper control or authority to be regarded as authors (Livingston 2009), I focus on another problem with this view — namely, the problem of properly attributing blame to those individuals responsible for the relevant features of artistically and ethically flawed works. However, even weaker views (e.g. Livingston 2009), according to which film is only sometimes collectively authored, don’t translate as satisfactory accounts of collective authorship in television. I argue that inasmuch as Livingston’s account of joint-authorship is indebted to Bratman’s work on shared agency (1999, 2014), it cannot account for collective creation in hierarchically-organized groups like television production teams. And yet it seems like the appreciation of television as an art form requires some concept of authorship. I offer a number of desiderata any account of television authorship must meet, and I suggest that although authorship rarely obtains in television, we can, in most appreciative contexts, make do by simply speaking of “agency.”
Ted Nannicelli is Lecturer in Film and Television Studies at the University of Queensland. He is the author of A Philosophy of the Screenplay (2013) and co-editor of Cognitive Media Theory (2014). He is currently working on a new book, Appreciating the Art of Television: A Philosophical Perspective, to be published by Routledge.