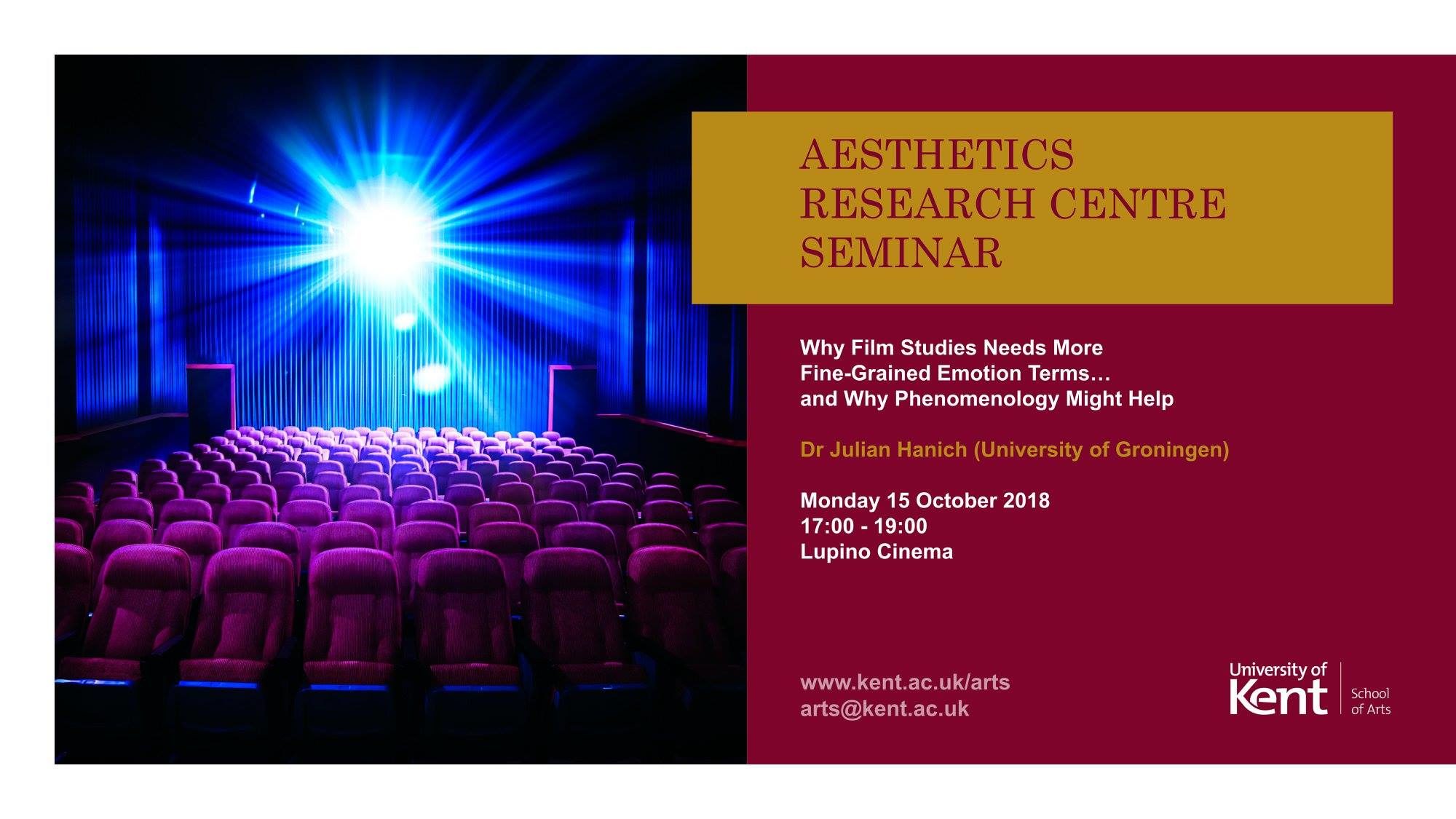 In this talk I will make a threefold proposal: I claim that (a) film studies, due to an overly strong focus on a few standard emotions, lacks a fine-grained lexicon of emotions spectators experience when watching films, that (b) it would be beneficial for research conducted in the field to introduce more granular and well-defined emotion terms and that (c) the specific subfield of ‘phenomenology of emotions’ might help. Drawing on my previous studies on different forms of fear, disgust and being moved, I will try to elucidate why the phenomenology of emotions has specific resources to contribute.​

Dr Julian Hanich is an Assistant Professor of Film Studies in the Department of Arts, Culture and Media at the University of Groningen, The Netherlands. 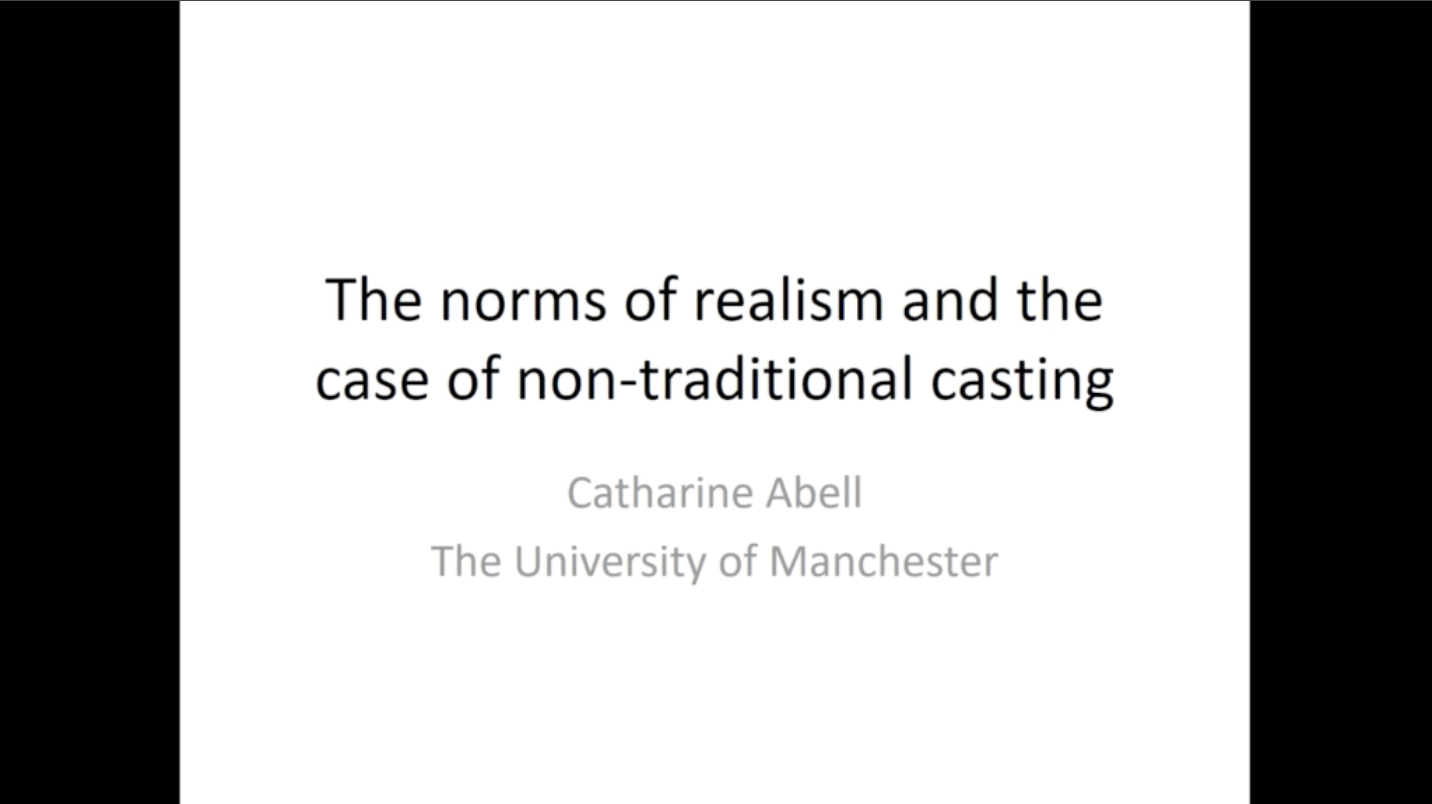 The Norms of Realism and the Case of Non-Traditional Casting

Realism is a property that representational artworks can exhibit. This paper is concerned with realism in perceptual narratives: narrative representations that convey their contents at least partly perceptually. It addresses the conditions under which realism constitutes an artistic merit in a perceptual narrative by identifying the artistic norms of realism that govern them. By providing accounts of these norms, it enables the identification of errors in our evaluations of realism. To demonstrate the evaluative errors to which we are prone, it focuses on the practice of non-traditional casting, cases of which are often claimed to violate norms of realism. It identifies a variety of errors in judgements of instances of non-traditional casting’s conformity to the norms of realism. It explains the source of these errors, some of which are relatively systematic and widespread. It then provides a general specification of the resources and skills required correctly to evaluate perceptual narratives according to their realism.​

According to the causal theory of photography (CTP), photographs acquire their depictive content from the world, whereas paintings and drawings acquire their depictive content from their maker. CTP is widely affirmed, by philosophers, film-theorists and early pioneers of the photographic medium. A persistent worry about CTP is that it leaves no interesting role for the photographer in the production of their pictures and, as a corollary, is incompatible with an aesthetics of photography. In this talk, I do three things. First, I amend CTP with Fred Dretske’s distinction between triggering and structuring causes. Second, I argue that CTP so amended is far from incompatible with an aesthetics of photography, but illuminates two aesthetic interests we may take in such pictures, focussing on photographic portraiture and street photography. Third, I show how reflection on the aesthetics of photography serves to support aesthetic anti-empiricism: the view that the aesthetic value of artworks consists, either wholly or partially, in achievement rather than sensory pleasure.

Dan Cavedon-Taylor is currently a lecturer in philosophy at the University of Southampton. His research focuses on philosophy of mind and aesthetics. Some of his most recent publications include: ‘Reasoned and Unreasoned Judgment’ (British Journal of Aesthetics 2017) and ‘Photographic Phenomenology as Cognitive Phenomenology’ (British Journal of Aesthetics 2015).